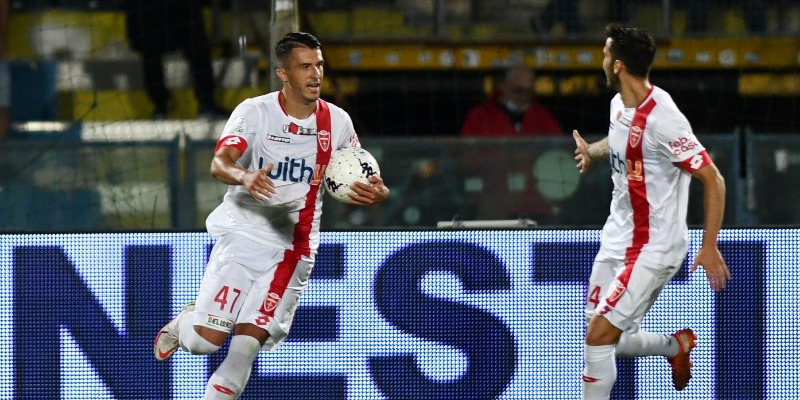 Debut for Antov in defence while Stroppa choses Valoti in the middle and Mota and Ciurria upfront.

A strong start for the home side, which finds the lead in the 7th minute when Sibilli finds the low right corner and beats Di Gregorio with a precise shot. Monza reacts and in the 23rd minute goes close to the equaliser, however Ciurria's header goes high by a few centimetres. Another chance for the Biancorossi five minutes later, but Valoti's strike from outside the box is deflected in corner by Nicolas.

The second half starts in the worst way possible for Monza as in the 47th minute the referee pulls out a red card for Caldirola.

The Biancorossi suffer and in the 53rd minute Pisa scores its second goal with Lucca.

Monza however does not give up and in the 64th minute finds the goal thanks to Mota's tap-in after a beautiful assist by Ciurria.

Monza keeps on attacking, but it's Pisa which has the chance to close the match in the 92nd minute when the referee concedes a penalty in favour of the home side. Di Gregorio however makes a fantastic save on Gucher.

Despite a great second half, Monza has to surrender and the game ends 2-1 for Pisa.

The Biancorossi will be back on the field on Saturday 25th September at 2pm at the U-Power Stadium against Pordenone.