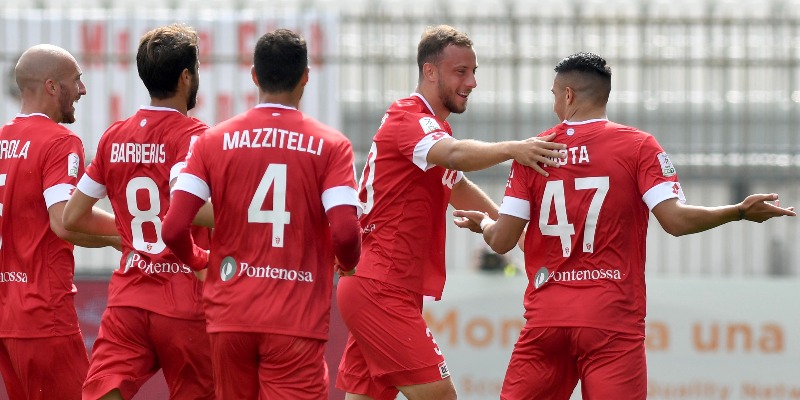 Monza's victory against Ternana vanishes right at the end as Ternana finds a last minute equaliser at the U-Power Stadium.

A perfect start of the match for Monza, as the Biancorossi find the lead after only four minutes: Dany Mota strikes with his right foot from 30 metres and the ball goes into the top corner, making it 1-0 for the home side. 1st goal in this league for the Portuguese forward.

10 minutes later Ternana finds the equaliser, but Pettinari's goal is disallowed due to an offside.

In the 25th minute Gytkjaer has the ball to make it 2-0, his tap-in however goes wide.

Another chance for Monza in the 34th minute, when Pedro Pereira heads the ball after a beautiful collective play, but his strike is saved by Innarilli

In the second half the Biancorossi keep on attacking in order to find the second goal, which however does not arrive.

And so it's Ternana to find the equaliser in the 95th minute thanks to Capone.

It ends 1-1 at the U-Power Stadium. Monza will be back on the field on Tuesday 21st September at 8.30pm against Pisa.